In honor of the beautiful current current of (ever more excellent) materials surfacing about race and whiteness  I decided to write about and share the moment I consider the beginning of my real grappling with race, whiteness, and racism.

In 2004 I was working for Changemakers, a progressive philanthropy organization in San Francisco (one of the many orgs seeded or nurtured by one Tracy Gary, for those who follow social justice philanthropy and donor education). The organization made small grants to other funders (mostly women’s funds, queer funds, and people of color funds– with both the leadership/staff of the fund as well as the recipients of the fund being that specific population) as a way of modelling what we were also teaching donors (people who gave money away, not all of them high-net-worth individuals) about the root causes of problems–how to give “upstream” rather than “bandaid” charity– and about the race, class, and power dynamics inherent in giving/in the non-profit sector.

To walk the talk, Changemakers was committed to having a staff and board that was one-third to half people of color, with a lot of LGBT representation too. A woman of color held the Executive Director/CEO position in the four years I worked there.

It was my first time working for a boss who was not white. I had my very white education and my 10 or so years of experience working for a variety of white managers (from my first student job at The Gap with its highly homogenized corporate management system, to a series of nonprofits involved in arts, mental health, and education). These had not prepared me well for the women in charge of Changemakers, whom I got along well with but sometimes challenged or rolled my eyes at… as one does at one’s boss, to some extent… but also… which reflected a lack of respect/understanding for how leadership can look/be different in people who have a different experience than the hegemonic one — and it’s still leadership.

I was called on it. Repeatedly. I blushed. I stammered that it was not disrespect for my boss due to the color of her skin. We had a professional facilitator come and help the staff talk through the sticky and tricky parts. It was all terribly uncomfortable even though there was a lot of love and compassion among us.

I decided to further explore anti-racism trainings– Changemakers paid for it. That was what Professional Development looked like for me. In 2005 and 2006 I did several of these. One with the Untraining folks that was very powerful–with just white people participating. We did Genealogy work–recalling what we knew about our ancestral lineage, and being made to understand what a privilege it was to know, in comparison to the descendants of slaves –and how simultaneously there’s a kind of Forgetting that the USA engenders, where we all sort of blend into the framework of the “default American” who is white.

I was introduced to the now-infamous “invisible napsack” of privilege that Peggy McIntosh created–also powerful. I joined the editorial team of a radical print magazine called LiP that had been founded and was run by a Native American man, where I was exposed to even more raw confrontations of the dynamics of control and oppression that were far from just historical– that were rampant in every field and institution, ongoing. Again I was (mostly lovingly) confronted about my blind spots– assumptions I made based on my limited privileged worldview, like a fancy horse with blinders.

Today I feel so blessed that in those years so many people of color took the time to explain things to me and kept making me feel loved as I struggled to overcome my myopic understanding and to center their experiences as the World as It Is. Truly, it has been one of the greatest gifts of my life.

In 2008 one of the writers we often featured in LiP birthed a book. His name was Tim Wise–a white man who has spent his life doing anti-racism work, much of it in the South (he’s based in Nashville)–and his book was called White Like Me.  In the book Tim reviews his family history and his life through the lens of whiteness, at every turn revealing how–although his family, especially in recent generations, was far from wealthy or upper-class or “privileged”–whiteness was underneath and behind every single dynamic.

I know the following excerpt is long but it’s one of my favorite stories from the book, and the learnings and nuances keep emerging from it until the end: 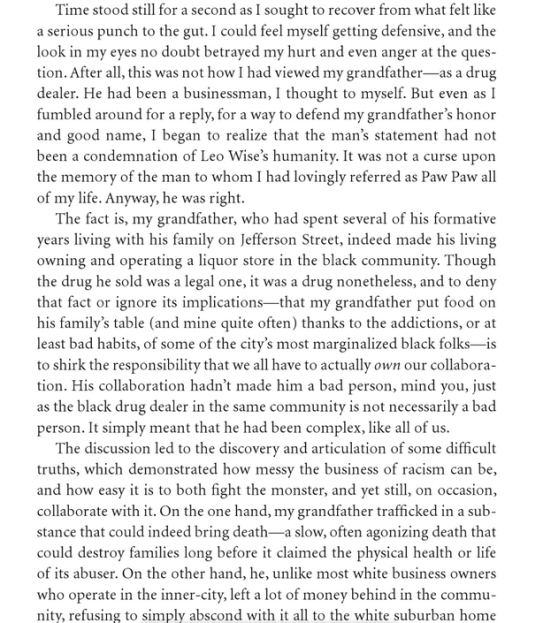 This book White Like Me was like the magical key in my own journey–what I brought back from the difficult dark depths. It was somehow the tool that I needed to begin engaging white people in conversations about race. I began by just talking about the book, and what it said, and what it made me feel and ponder, and what did they think about that? I noticed that I only felt comfortable having these talks if there were no people of color present. If they were present, I felt too self-conscious, like I might inadvertently say something terribly offensive in my efforts to talk about the privileges of white life.

Gradually, the more I had conversations about race and privilege with white people, the more comfortable I felt when people of color witnessed it.

From there, I transmuted these learnings into  books that hold the dynamics of race and power constantly in the foreground, that employ non-white lenses.

But even after some 15 years of serious focus, I still have blind spots. I still make thoughtless comments that reflect my blinders, and I still blush ferociously and want to melt into invisibility when I realize the privilege in what I’ve said or when other people bring it to my attention. These days I understand the discomfort to be part of the process, and feel strongly that we can’t let our shame or fear get in the way of the tricky conversations.